We often get caught up in making plans, setting goals, and moving forward with our futures, without really reflecting on what we’ve accomplished and what was important to us in the past. But, reflecting on what’s happened 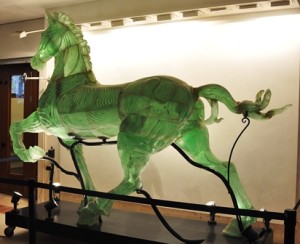 and what we most enjoyed can be a very revealing element in planning.

So, it’s a good idea to think about and document what transpired in the past year, and use that in making future plans and setting goals. It can be both the things that were good, and the things that didn’t go so well, just reflecting can help set a clearer path for future success. And, we often don’t give ourselves enough credit for what we’ve accomplished. Below are some of the things that happened at Bramblestone Farm in 2013.

Italian Vacation – Randy traveled to Italy for business in February, so we also made a vacation around his trip. I debated whether or not I really wanted to go, and am so glad I did – if you get a chance to go to Italy, do it! We stayed in Northern Italy for a few days, and then went to Venice – it was all spectacular. The Italians truly know how to enjoy their food and wine, their culture is fascinating, and the sites really will take your breath away.

Venice also seemed sad to me, although it’s an indescribably grand city sitting in the middle of the ocean; it’s also an example of man against nature. There is nothing self-sufficient or sustainable about Venice, and although incredible riches have been poured into that city for thousands of years, nature is working hard to take it back.

The Italians’ use of their land was a stark contrast to Venice – it seemed that every bit of ground was being farmed and used to its fullest potential. Incredibly steep hillsides were covered with neatly manicured grape vines, there were groves of ancient olive trees anywhere there was space, and so many city balconies contained urban farms.

My favorite thing about Italy was how food is regarded and enjoyed – there are fresh food stands all over, and folks buy their meal ingredients fresh daily. Dinner is enjoyed a lot later there and lasts longer, but the freshness, flavor, and quality of the food is very important. It was refreshing to see a culture that had their priorities on sustainable farming and good local food.

Goats – our mature Nigerian Dwarf does (Jewel Box, Hot Tea, Tinker Bell, and Honey) freshened on March 26, 27, 28, and 29 respectively, and produced 13 healthy kids. Randy’s sister (a Vet Tech) stayed with us the week they were kidding and helped with the deliveries. There were a few anxious moments, particularly with Honey who shocked us with quadruplets, but there were no real complications (other than my nerves). 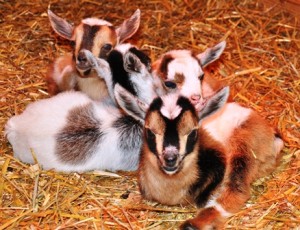 The goat kids nursed for the first four weeks, and then were separated from their dams during the day for the next four weeks. We started milk production testing for the mature does, and at eight weeks the kids were weaned and started leaving for their new homes. We retained two doelings (Tinker Bell’s daughter Silvermist and Hot Tea’s daughter Pearl Tea) and one wether (Tinker Bell’s son Oberon).

In addition to the kids we retained, we drove to Old Mountain Farm in Maine and picked up our first herdsire Field Mouse (aka Mighty) and a doeling (Taylor Quinn). Along with great bloodlines, Mighty is a polled buck (naturally hornless) so we’re hoping for many polled future kids. The herd again tested negative for CAE/CL/Johnes/Brucellosis/TB in early summer. 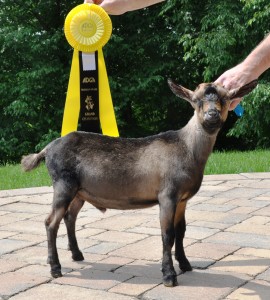 In August, another doe joined the farm (Old Mountain Farm Ann Curry), and in September all the goats were linearly appraised. I was happy with the linear appraisal results, but things started to get a bit crowded in the barn. In March we had 5 goats, and by August had 11.

In October, Jewel Box, Hot Tea, Honey, Ann Curry, and Ruby were all bred again (see Kidding Schedule), and are expecting kids again in March. In December, we finished milk production testing and Honey, Tinker Bell, and Jewel Box all earned their milk production stars (*M and *D) in both ADGA and AGS! But, realizing that we either needed another or bigger barn, we also reluctantly put Tinker Bell and Silvermist up for sale.

Chickens – the Golden Buff chickens that we raised last year continued to lay well through last winter, and have only begun to slow down a bit recently. In early summer, we purchased an additional 24 Buckeye day-old chicks from Crains Run Ranch (known for producing Buckeyes that are better layers), and raised them in the little coop. 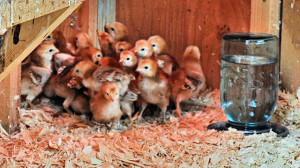 Honey Bees – the honey bees made it through winter pretty successfully, there were five hives at the beginning of winter, and four hives in the spring. A lot of our beekeeping friends had much higher losses, so we didn’t feel too badly about the loss of one hive (ok we did, but hopefully we learned something).

We added an additional two hives and split one hive to bring the total to seven hives this year. In early summer we were able to extract about 200 lbs. of honey (both light and darker), and took it to the Medina County fair. The honey again sold quickly, and we brought home another ribbon from the fair. 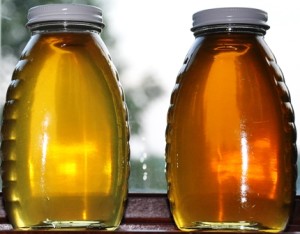 Garden – the garden again suffered a bit from neglect this year, with us working full-time and the goats, chickens, and honey bees – it just seemed that the garden always came in last. We did harvest snap peas, lettuce, spinach, arugula, beans, tomatoes, eggplant, peppers, watermelon, squash, and potatoes; but there was a lot more that could have been harvested and preserved.

Farm – not much changed physically this year on the farm, no new buildings or fences, we just added a new trailer for hauling the goats. But, Bramblestone Farm was featured in Your Chickens magazine, Chickens magazine, and at Local Hens!

Blog/Work – As of November 1st, I retired from my full-time day job, and began spending time working on the farm, as well as writing and blogging. I’ve been published in From Scratch and Chickens magazine, and have articles in upcoming issues of Urban Farm, Hobby Farm, and Chickens magazine so far. 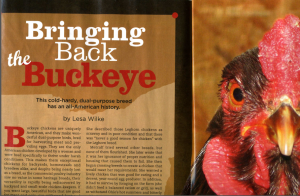 Blog readership has been variable this year, and I’ve been participating at some other blogging sites like Homestead Bloggers, Farm Chit Chat, Home Talk, and so on – thank you for reading along. If you have suggestions for topics or this site, I’d love to hear them.