We went to the North East Ohio Dairy Goat Association (NEODGA) show this weekend, and showed our Nigerian Dwarf goats for the first time. We learned a lot about showing goats, had a good time, saw our friends from Wild Wind Farm and Bigler Knob, and the goat kids did pretty well at the show. There’s nothing like a little success to feed a passion. 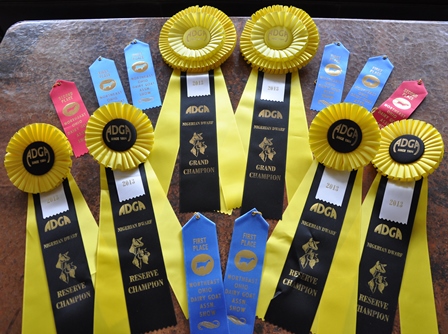 Friday evening was the buck show, and we took Bramblestone Pal Tiger’s Eye and Old Mountain Farm Field Mouse (aka Mighty) to show. They were both born in March this year, so they’re pretty young, but Mighty became the Grand Champion Junior Buck (GCH), and the Reserve Grand Champion Buck (RGCH). Tiger’s Eye was right behind him, but couldn’t beat Mighty – the judges all liked his topline but said he won because of length of body and dairy character. 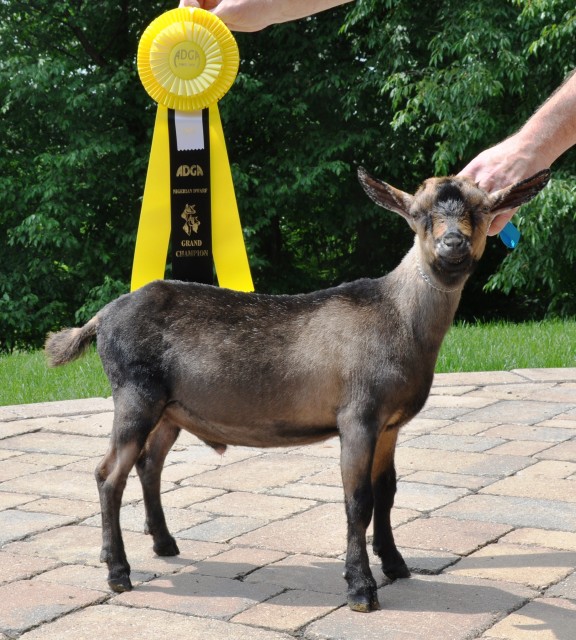 Saturday morning was the Senior Doe show and we brought Wild Wind Farm R Jewel Box and Old Mountain Farm Hot Tea to show. Jewel was second place in her class (behind Wild Wind Farm) while Hot Tea was first in hers. 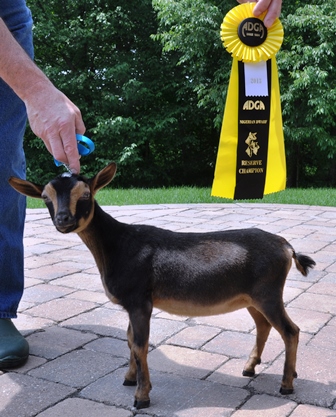 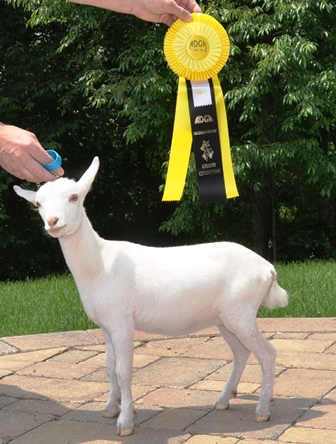 Again, the judges said that it was Pearl’s length of body and dairy character that were the determining factors in making her the Grand Champion Junior doe. They took pictures of the kids with their ribbons at the show, but we don’t have them yet, so we came home and took some more – it was an exciting weekend!