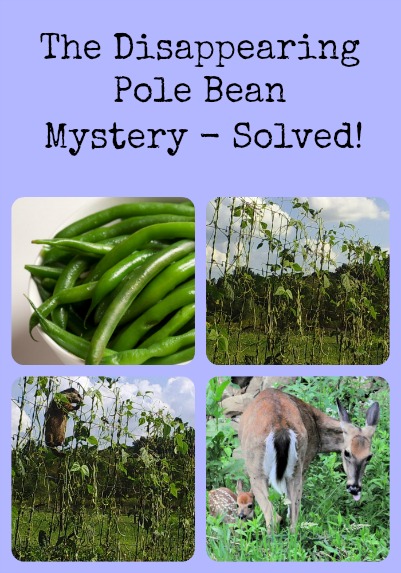 We usually have a great pole bean harvest when we grow our favorite homestead bean variety (Fortex), but this year things went wrong. Almost immediately after the seeds started sprouting, something began eating them.

A few years ago, I would have strongly suspected deer; however, we fenced the garden with eight strands of electrified fencing on six-foot posts to keep the deer out. Also, the garden is now almost entirely surrounded by bee hives, further discouraging any deer that might attempt to jump inside.

So, I blamed the bunnies or ground hogs, and asked my husband to be vigilant about brush hogging the field surrounding the garden – figuring the hawks and other predators would help remove whichever pole bean thief was making the dash from the woods, across the field, and into our garden. My husband also volunteered to hunt the culprit.

Still the thievery continued throughout the summer, and I began to second guess my assumption of rabbits or ground hogs – the beans were now five to six feet in height, and yet something was still eating them at the top – how could a rabbit or ground-hog possibly be responsible for that? 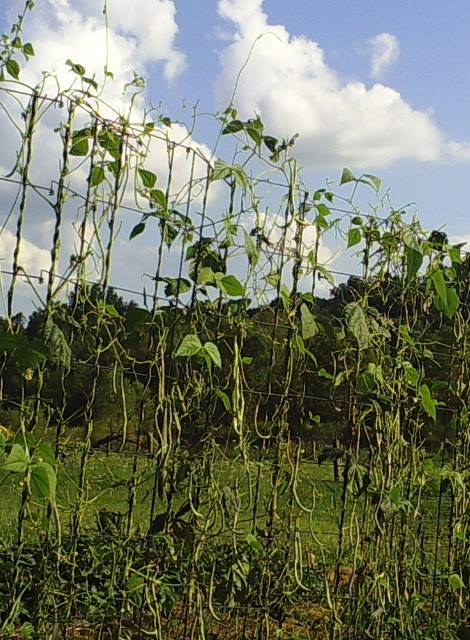 I reluctantly admitted that the deer must have learned to jump the fence, and started implementing measures to at least minimize the damage. Because once the deer get in, they can decimate a garden fast. 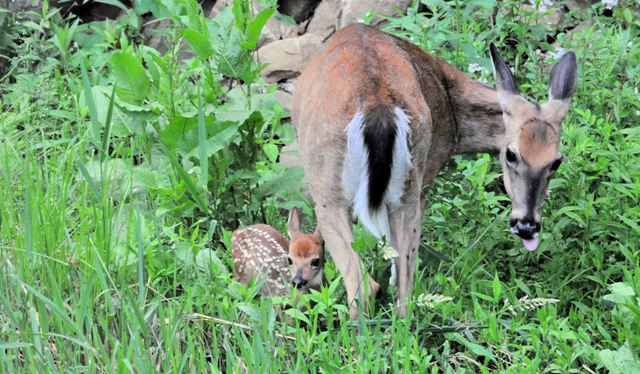 Strangely though, I couldn’t find a single hoof print, and only the beans seemed to be affected. I finally admitted that I didn’t have a clue as to who the mysterious thief was and “borrowed” one of my husbands hunting trail cams. 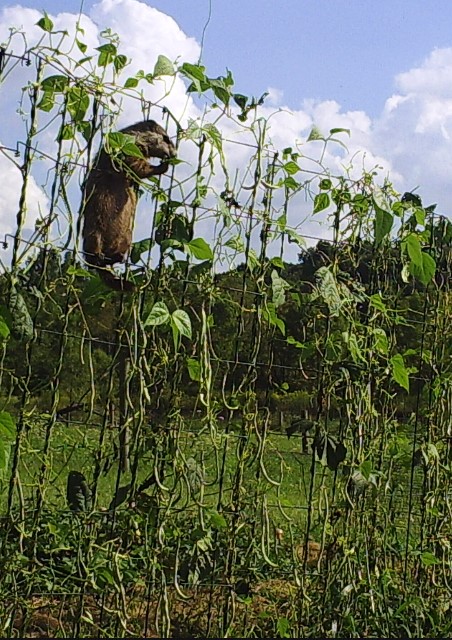 I couldn’t believe it when we finally “caught” our thief on film – I had no idea ground hogs could climb! They’re called ground hogs for a reason right? Apparently not. He or she is climbing up the bean trellis at least six feet to get those tasty beans and leaves.

The mystery is finally solved, and we certainly got chuckle out of it (even if he or she is eating our beans). It seems we’re always learning something new, did you know ground hogs could climb like this?