Curing a prolapsed chicken vent is typically not as difficult as it may first appear – it often just takes some time and a little attention. We’ve had several hens develop the problem and have always dealt with it the same as with our first:

One night, when I got home from work and opened the hen-house door, everyone popped out with their usual enthusiasm – except Gold Dust. She stayed huddled in a pile in the pen, and upon closer investigation, it was clear she had a problem.

Egg was stuck all over her tail feathers, and a mass of tissue was hanging from her egg vent. Pulling out Carla Emery’s Encyclopedia of Country Living, we quickly determined that Gold Dust had a prolapsed vent. The Encyclopedia says:

“Prolapsed Vent. This is most likely to happen to pullets who began to lay before they were fully grown. A mass of tissue will hang from the vent. It can be fixed more easily than it looks. Wash the protruding mass with warm water and a gentle antiseptic. Lubricate it with medicated Vaseline or mastitis ointment. Then push the prolapsed mass very gently back into the vent.

Isolate the recovering hen from the rest of the flock (which might be tempted toward cannibalism). Feed her drastically reduced rations for a week to slow up the egg laying. But supply plenty of fresh greens and water. Clean her vent area each day and apply ointment. By the end of the week she will probably be fine again and able to return to the flock. Later she will begin to lay normally. If, however, she prolapses repeatedly, turn her into stew.” 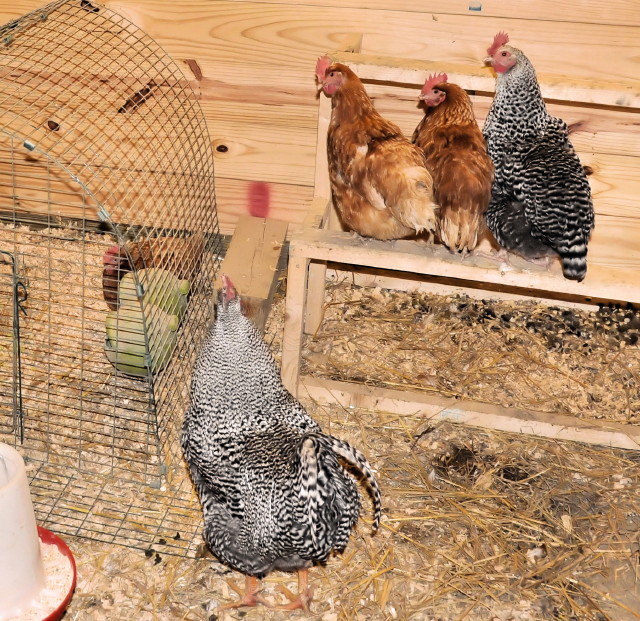 So, we isolated Gold Dust from the other chickens (to prevent any cannibalism), cut back her rations so she’d quit laying, and gave her lots of greens, grapes, and water. She laid eggs for three more days, and each day we’d have to push the vent back in place – but it wasn’t as badly prolapsed as the first time. We also cleaned her up each time with warm water and applied an antiseptic ointment (Preparation H will help cut down on the swelling).

Then, she quit laying and pretty much seemed back to her normal self. After about a week of this, we removed the isolating cage and let her mingle with the other chickens again. Gold Dust’s comb changed from red to pink, indicating she wasn’t laying anymore – but about two weeks later she started producing eggs again. She produced jumbo eggs before and after the prolapse, but she never prolapsed again. So, we didn’t have to turn her into stew! 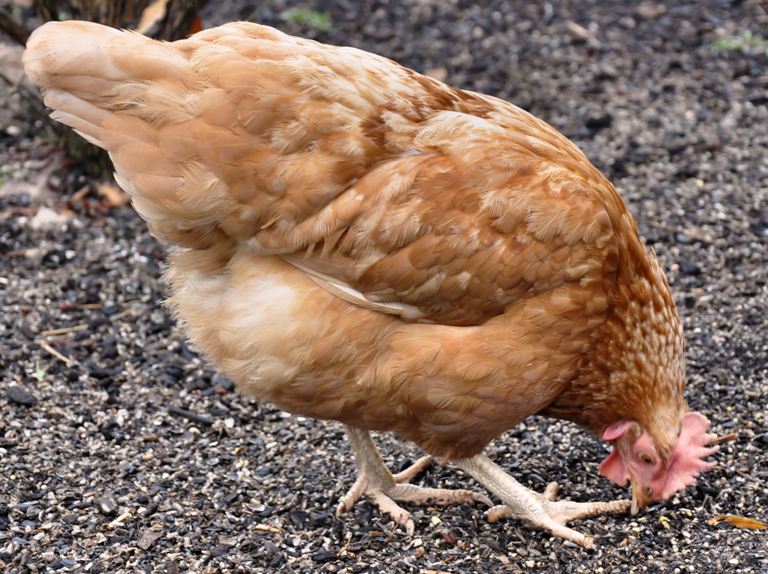 The contents of this site are the property of Better Hens and Gardens. All content contained herein is copyrighted. We love it when you share, but if you do, please link back to the original post. Material included here is not intended to be, nor does it constitute, the giving of medical advice. This blogs content is for informational purposes only and Better Hens and Gardens or others associated with this site shall not be held liable for any damages incurred through the use of information provided in this blog. Better Hens and Gardens accepts products for review and other forms of paid advertising; however, although compensation received may influence the content or topics covered in this blog, it will never influence our opinion of any product. The views and opinions expressed in this blog are purely those of Better Hens and Gardens. Any product claim or other representation about a product or service should be verified by the manufacturer. Better Hens and Gardens is a participant in the Amazon Services LLC Associates Program, an affiliate advertising program designed to provide a means for us to earn fees by linking to Amazon.com and affiliated sites.
PRIVACY POLICY
895 shares